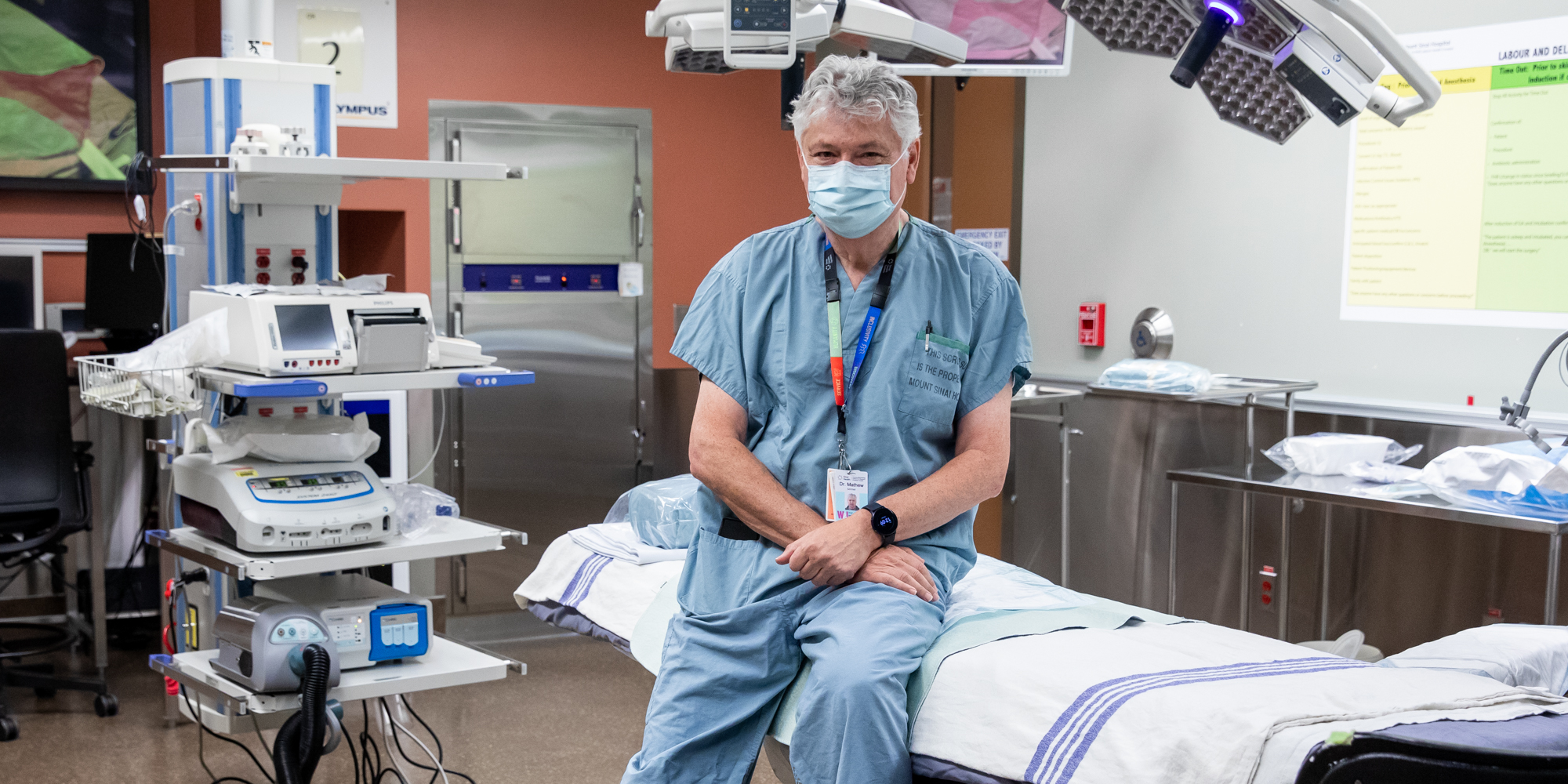 “Within obstetrics and gynaecology, there’s happy medicine, and there’s sad medicine. We see patients young and old, patients that are well and those that have complex medical issues,” says Mathew. “The field offers various medical and surgical management options, from obstetrical-maternal to fetal implications, which sometimes lead to maternal/fetal conflict in need of resolution.  With that comes quite a lot of opportunities to help others.”

The complexity of this field stands out for Mathew, as well as being able to provide care for both mother and baby. According to Mathew, some of the complexities are due to the limited research available in various elements of obstetrics and gynaecology.

There are times where it feels like uncharted territory, he notes. There are many ethical challenges in this field to consider, and it’s crucial to be able to respond to emergencies quickly. The difficult part? Cases where the mother and baby have conflicting needs.

“That’s where it gets tough,” he says. “These instances are quite rare, and with our reputation in caring for high-risk pregnancies, we often see these types of cases more than other hospitals. Our decisions can make a huge difference.”

With his specialization in high-risk and complicated pregnancies in the last 30 years, Mathew has grown Mount Sinai Hospital’s obstetrics and gynaecology program to be internationally recognized for exemplary patient care and world-class research.

One of his greatest achievements is the development of the multi-disciplinary program, working closely with several departments and health care providers from various health institutions including Women’s College Hospital, University Health Network and the Hospital for Sick Children. He notes that the department is a place for learners and trainees from around the world to get the experience they need in Gynaecology, Obstetrics and Maternal-Fetal Medicine. Also a Professor in Obstetrics and Gynaecology and Professor of Medicine at the University of Toronto, Mathew takes great pride in mentoring young obstetricians on how to look after complicated pregnancies.

Outside of his role as Chief of Obstetrics and Gynaecology, Mathew is an avid reader of World War II novels. Also a world traveller, his most notable destinations are Antarctica, African Safari, Galapagos Islands and Machu Picchu.