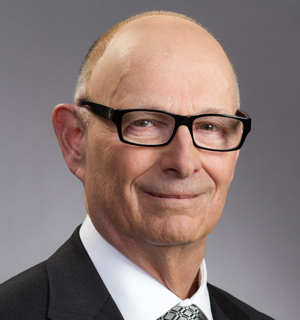 Bernard Ghert is a Director, and Past Chairman of the Audit Committee, of FirstService Corporation, Chairman of the Independent Review Committee of Middlefield Limited, President of Coppi Holdings Ltd., and past Chair of the Mount Sinai Hospital Board of Directors.

Bernard was President and Chief Executive Officer of The Cadillac Fairview Corporation Limited from 1981 to 1987, and President of Stelworth Investments Inc. from 1987 to 1992. Bernard has been a director of many organizations in the private and public sectors, including Cadillac Fairview, Stelworth, CT Financial and Canada Trust, Wellington Insurance, and Canada Deposit Insurance Corporation.

He has served as Director of the Managers of several Middlefield Funds, President of the Canadian Institute of Public Real Estate Companies, and was a former member of the Advisory Board of the Office of the Superintendent of Financial Institutions.

Since 1974, Bernard has been an active member of the Hospital and Foundation. Currently he is a member of Sinai Health’s Research and Resources, Audit and Risk committees.