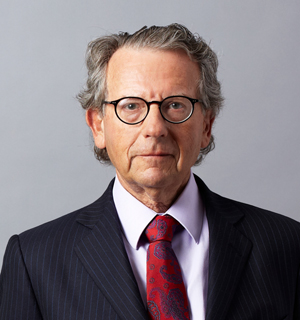 Ira Gluskin is the Chief Investment Officer of Irager + Associates Inc., a family office, overseeing Strategy and Investments. Mr. Gluskin is the Co-Founder of Gluskin Sheff + Associates Inc., one of Canada’s pre-eminent wealth management firms. He served as the firm’s President & Chief Investment Officer from June 30, 1984 until December 31, 2009 and as a Director and the firm’s Vice-Chairman through December 18, 2013.

Prior to co-founding Gluskin Sheff, Mr. Gluskin had worked in the investment industry for 20 years. He serves on the Board of Directors of both Tricon Capital Group and European Residential Real Estate Investment Trust. Currently, he is a member of the Advisory Board of Vision Capital Corporation, and The University of Toronto’s Real Estate Advisory Committee. He is also on the University of Toronto’s Boundless Campaign Executive Committee, Sinai Health’s Board of Directors and Investment Committee, Board of the Canadian Jewish News, The Walrus Magazine, Capitalize for Kids, and the National Theatre School of Canada. Mr. Gluskin is also the former Chair of the University of Toronto Asset Management Corporation and the former Chair of the Investment Advisory Committee for the Jewish Foundation of Greater Toronto and is currently a member of its Investment Committee.