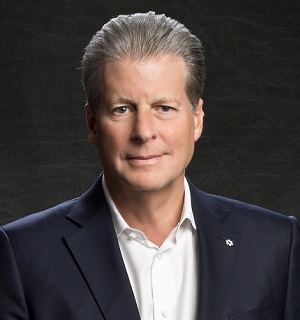 Jay Hennick and his wife Barbara established The Jay & Barbara Hennick Family Foundation which donates to causes focused on education, health care and the arts primarily in Canada. The following are some of the causes the foundation has supported: The Hennick Family Wellness Centre at Mount Sinai Hospital, The Hennick Centre of Business and Law, a joint program of Osgoode Hall Law School and the Schulich School of Business in Toronto, and The Jay Hennick JD – MBA Program at the University of Ottawa.

Jay is the Global Chairman and Chief Executive Officer and largest shareholder of Colliers International. Colliers is a leading diversified professional services and investment management company. With operations in 66 countries, our more than 15,000 enterprising professionals work collaboratively to provide expert advice to real estate occupiers, owners and investors. Jay is also the Founder, Chairman and largest shareholder of FirstService Corporation, a North American leader in the essential property services sector.

Jay embodies the enterprising spirit and has been recognized for his many contributions to the business community as a member of the Order of Canada and a 2019 International Horatio Alger Award recipient. Jay has also received Canada’s coveted Entrepreneur of the Year award in 1998 and was named Canada’s CEO of the Year in 2001 by Canadian Business Magazine.