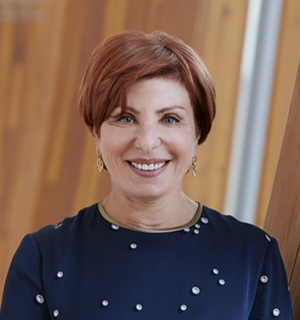 She most recently co-chaired Sinai’s largest capital campaign in its history, Renew Sinai, raising funds for the expansion and modernization of Mount Sinai Hospital’s facilities.

Maxine is the former President of the Board of Trustees of the Art Gallery of Ontario, serving in that capacity from 2013-2017 and a Vice President from 2005-2013. Currently, Maxine is the honourary Chair of the board and chairs the Nominating and Governance committee. She has served on many other not-for-profit boards such as The National Ballet of Canada, The Bentway and CIFAR to name a few.