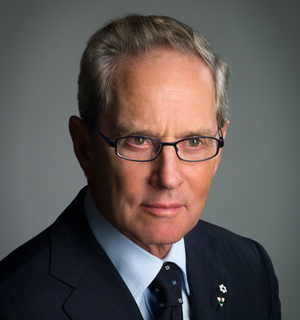 Lawrence Bloomberg is the non-executive Chairman of the Board of Directors of BloombergSen Investment Partners. A distinguished leader in the Canadian business community exemplified by Mr. Bloomberg’s award of the Order of Ontario in 2010 and the Order of Canada in 2011.

In 1979 Mr. Bloomberg founded First Marathon Inc and in 1999 First Marathon was purchased by the National Bank of Canada and he served as a Director of the Bank until 2016. In 2013 Mr. Bloomberg was inducted as an inaugural member of the Investment Industry Association of Canada’s Hall of Fame.

The breadth of his engagement and support for research, education, healthcare and culture reflects his belief in Canadian values and confidence in next generation innovators. He is a founder and a past director of the MaRS Discovery District, Chair Emeritus of Mount Sinai Hospital, former director of the Royal Ontario Museum and the Toronto International Film Festival, among others. In 2012, Mr. Bloomberg was appointed Chancellor of Ryerson University and served a six-year term. Mr. Bloomberg is also a member of the McGill Bicentennial Campaign Committee and a member of the Medicine Faculty Advancement Board.

Mr. Bloomberg is a Chartered Financial Analyst. He holds a B. Comm. from Sir George Williams University and an MBA from McGill University, and has been awarded honorary doctorates from Concordia University and the University of Toronto.