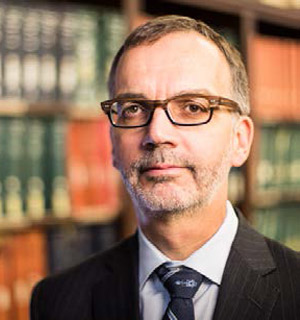 Professor Young is Dean of the University of Toronto’s Faculty of Medicine and Vice Provost, Relations with Health Care Institutions.

Prof. Young is a clinician-scientist who studies the molecular basis of bipolar disorder and its treatment. He became the Dean of Canada’s largest Faculty of Medicine in 2015. Previously, he was Physician-in-Chief, Executive Vice President Programs at the Centre for Addiction and Mental Health in Toronto.

Prof. Young has received many awards including the Douglas Utting Award for outstanding contributions in the field of mood disorders, and the Canadian College of Neuropsychopharmacology Heinz Lehmann Award. He is a Distinguished Fellow of the American Psychiatric Association and the Canadian Academy of Health Sciences. Prof. Young graduated from the medical school at the University of Manitoba in 1983. He completed his postgraduate training in psychiatry in 1987, and then his PhD at the Institute of Medical Science, University of Toronto in 1995. He was a research fellow at Johns Hopkins School of Medicine.