Continued innovation at the heart of the Ontario Fetal Centre 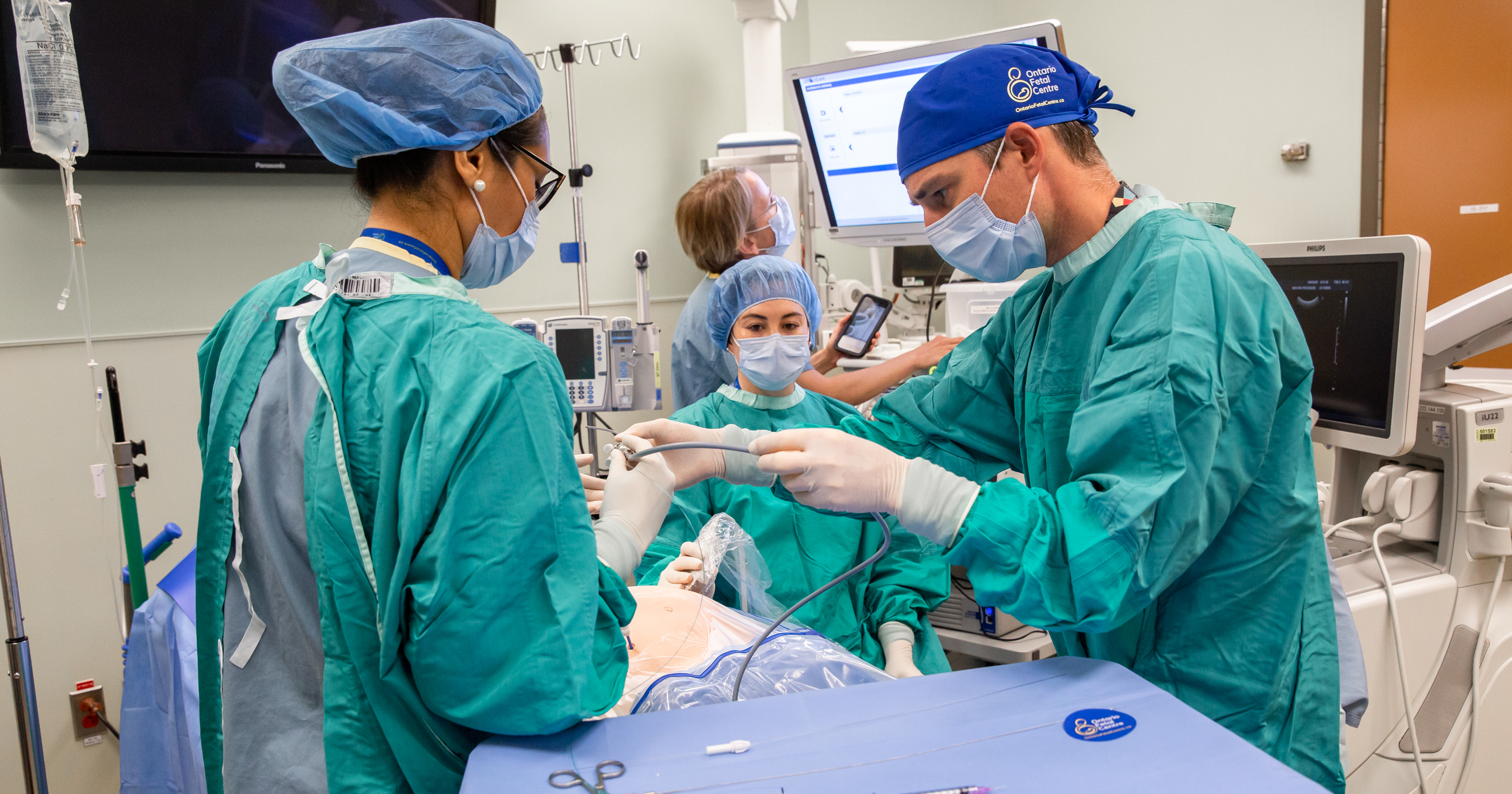 Discovering the best possible fetal treatment through research and innovation is at the very core of the Ontario Fetal Centre (OFC). Through its partnership between Mount Sinai Hospital and the Hospital for Sick Children, the OFC has consolidated its place as a world leader in fetal care, thanks to their ongoing drive for innovative care and their courage in taking on some of the most complex cases that require fetal therapy.

Extensive research and knowledge sharing are key to remaining a leader in fetal care, according to Dr. Greg Ryan, head of the OFC. With the team’s willingness to continually push the envelope, patients – many of whom are referred from across the country – have put their complete trust in the team. “We’ve even treated a number of patients who have heard about us through social media groups online,” says Dr. Ryan. “Many of our previous parents have generously shared their stories and experience at our centre with other prospective patients. It’s really touching.”

In their ongoing push for innovation in fetal care, the team recently performed several new procedures to treat very rare cases, some being performed in Canada for the first time:

Fetoscopic Laser Decompression: In October 2020, a fetus was referred with a large cystic mass in the throat. Over a month, the mass expanded dramatically, blocking the airway, preventing swallowing and dramatically increasing the amniotic fluid volume. The OFC team decompressed the mass fetoscopically with a laser to clear the airway at 28 weeks.  This procedure had been reported only once previously.

Fetal Endoscopic Tracheal Intubation: In January 2021, they performed a Fetal Endoscopic Tracheal Intubation, a procedure that had only been done a couple of times previously in the world. In this case, a fetus with a large neck tumor at 35 weeks gestation was treated. This innovative procedure established a patent airway before birth, which would otherwise have been associated with a life threatening obstruction of the trachea and inability to breathe.

Fetal Pericardial Teratoma Resection: In February 2021, the OFC team became only the third centre in the world to successfully perform open fetal cardiac surgery to remove a massive, rapidly growing heart tumor from a fetus at 24 weeks gestation.

“The experience that our team has developed in performing 38 successful open fetal surgical repairs of spina bifida enabled us to take on this challenging case,” says Dr. Ryan. “The challenge in fetal surgery is controlling the uterus to access the fetus, whilst preventing premature labour. With our extensive experience and rigorous training, we have been able to do so successfully.”

The OFC is the only Canadian centre which offers the complete range of in-utero procedures, such as spina bifida repair and fetoscopic endotracheal occlusion to treat severe congenital diaphragmatic hernia (CDH). It was one of only two centres in North America that participated in an international trial to assess the effects of fetoscopically placing a small balloon into the fetal trachea, to encourage lung expansion in severe CDH. The results of this landmark study have been recently published in the New England Journal of Medicine, with co-authors from the Ontario Fetal Centre.