CDH occurs when there is a hole in the diaphragm, which is the thin sheet of muscle separating the chest contents from those in the abdomen. When this gap forms during fetal development, the bowel, stomach or even the liver can move up into the chest cavity, which compress the developing lungs preventing their normal development.

Following a detailed ultrasound and consultation at the Ontario Fetal Centre (OFC) at Mount Sinai, Adrian was only given a 10 per cent chance of survival. His condition was severe, as his stomach, some of his small and large intestine and liver was found in his chest.

Knowing that there was a very small chance of saving Giovanna’s son, the care team at OFC ensured that she had a thorough understanding of all options, including fetal treatment, giving her the time she needed to decide what to do next.

“I feel beyond blessed to have been in the care of Drs. Nimrah Abbasi, Greg Ryan and Tim Van Mieghem during the most difficult pregnancy,” said Giovanna. “Knowledge is power, and my incredible care team filled me with a wealth of it.  I was prepared for every outcome.”

To improve chances of survival with severe CDH, a Fetoscopic Endotracheal Occlusion (FETO) may be performed in-utero. The FETO procedure blocks the fetal trachea to promote lung development. Using a small camera introduced through the maternal abdominal wall and into the womb, a small balloon is placed in the fetal windpipe (trachea). This intentionally blocks the fetal airway, preventing fluid from leaving the lungs. As the lungs become “inflated” with fluid, lung growth is stimulated, which leads to bigger lungs at birth, hence a better chance of survival and a shorter stay in the NICU.

While the FETO procedure was a success, it wasn’t the end of the road. Adrian was born at 36 weeks, but he was still very unstable and sick. Eventually, his health improved and his diaphragm was repaired surgically after eight days.

“Adrian was missing 80 per cent of his diaphragm, so his left lung should have been much smaller, said Dr. Abbasi, a fetal medicine specialist at the OFC. “Because of the FETO procedure, his lungs developed and expanded quite well, helping him make a smoother transition into the neonatal period than would have been expected.” 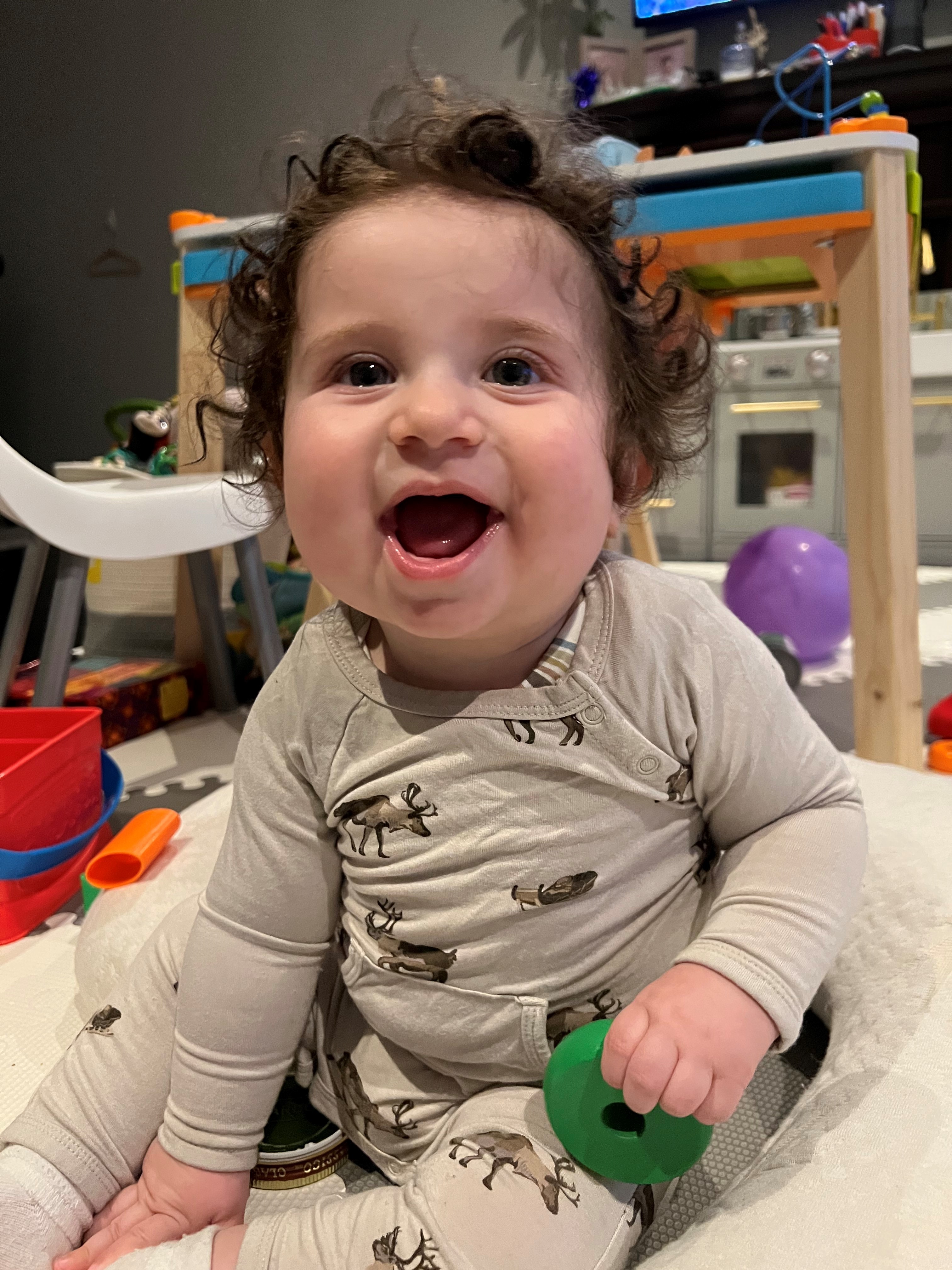 Giovanna and Adrian both spent 30 days in the ICU at SickKids and another 60 days on the general surgery ward. Born on May 20, 2021, the family returned home on August 30. Adrian is currently 10 months old, known for his luscious locks, big smile and calm demeanor.

“I feel blessed to have him. He is my miracle boy,” said Giovanna.

Today, Giovanna dedicates time sharing her experience with other families. She has connected with other families across Canada that must travel to Toronto for the FETO procedure, providing support and advice so that they feel less isolated and alone.

The OFC is the largest and most experienced fetal therapy centre in Canada and the only one to offer the FETO procedure. In fact, it was one of only three centres in North America that participated in a major international trial to assess the impact of FETO on neonatal survival. The results of this landmark study have been recently published in the New England Journal of Medicine, with co-authors from the OFC at Mount Sinai.

The Ontario Fetal Centre was established in 2018 as a partnership between Mount Sinai Hospital and The Hospital for Sick Children.