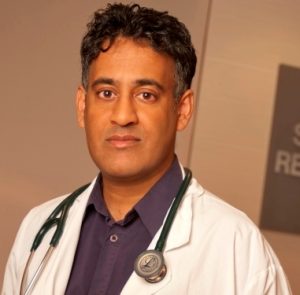 Inspired by the understanding that discrete societal stressors such as disasters (like earthquakes and terrorist attacks like 9/11) can have a characteristic effect on the sex ratio at birth in a population, Dr. Ravi Retnakaran looked at whether the 2016 presidential elections were also perceived as an adverse societal event in a paper recently published in BMJ Open.

Dr. Retnakaran is an endocrinologist and clinician scientist at Sinai Health’s Leadership Sinai Centre for Diabetes.

“Since there are many factors that may affect the sex ratio, we were a bit surprised to see that our hypothesis was indeed demonstrable in the sex ratio at birth of the Ontario population in the year after the 2016 election,” said Ravi. “Moreover, we were also surprised to see that the anticipated effect was seen in liberal-leaning parts of the province but not in conservative-leaning areas – that is where the outcome of the election may not have been perceived as an adverse societal event.”