A nurse in the NICU takes a picture of a patient on the vCreate app.

As part of the ongoing effort to keep parents connected with their infant in the Neonatal Intensive Care Unit (NICU), Mount Sinai Hospital, part of Sinai Health became the first hospital in Canada to implement vCreate Diaries. This secure, asynchronous video messaging app allows the health care team to share photo and video updates from the NICU. Parents receive regular updates from the care team on their baby’s progress when they cannot be at the hospital.

Parents Liz and Zac Bierk found the vCreate app valuable while Zac was on the road with the Ottawa Senators, “With Zac being away while our twin girls spent 114 days in the NICU, it was really tough,” said Liz. “Thankfully, the care team was able to send frequent updates on their progress, so he didn’t miss a thing. vCreate provided us with a window into the NICU when we couldn’t be there.”

Being only one of a handful of Level 3 NICUs in the region and the only one connected to the Hospital for Sick Children, Mount Sinai receives referrals from across the country, so many families must travel extremely long distances to see their babies in the hospital. 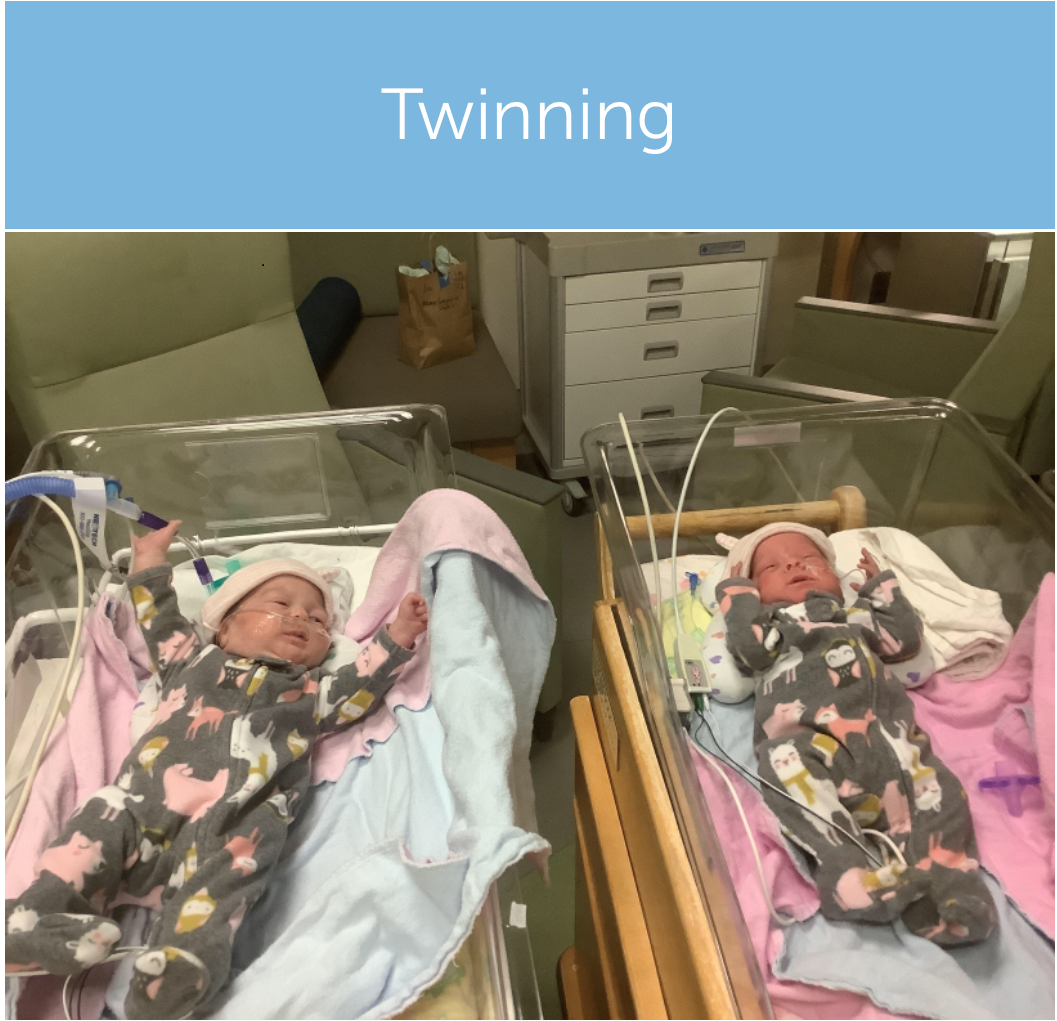 While Zac was on the road, Liz spent her days in the NICU caring for their newborn twins, while also looking after their eldest son. Receiving updates in the vCreate app, while getting a glimpse of the relationship the nurses built with her twins gave her peace of mind when she couldn’t be there.

“The nurses were incredibly generous to share updates when I had to pick up our son from school and be with him in the evening. We knew our girls were being nurtured around the clock. It truly felt like a personalized experience,” said Liz.

Thanks to the app’s user-friendly interface, it was easy for the care team to learn how it sends photos and videos using a tablet.

“Each of our patients have their own vCreate QR code that is used to connect parents through the app,” says Alexandra Amanzai, a nurse at Mount Sinai’s NICU. “We want to ensure parents do not miss any milestones, so we take pictures of things like the first bath, transition to crib and removing respiratory support.”

With preterm births occurring in about eight per cent of pregnancies in Canada, many families find themselves spending time in the NICU. For some families, it can be challenging to visit the hospital regularly. Long distances, other children and work commitments are just some of the potential hurdles they may face. The pandemic has only heightened these challenges.

Since implementing vCreate in January, the Mount Sinai team has supported 91 families with over 335 videos and more than 448 photo updates of their infants.