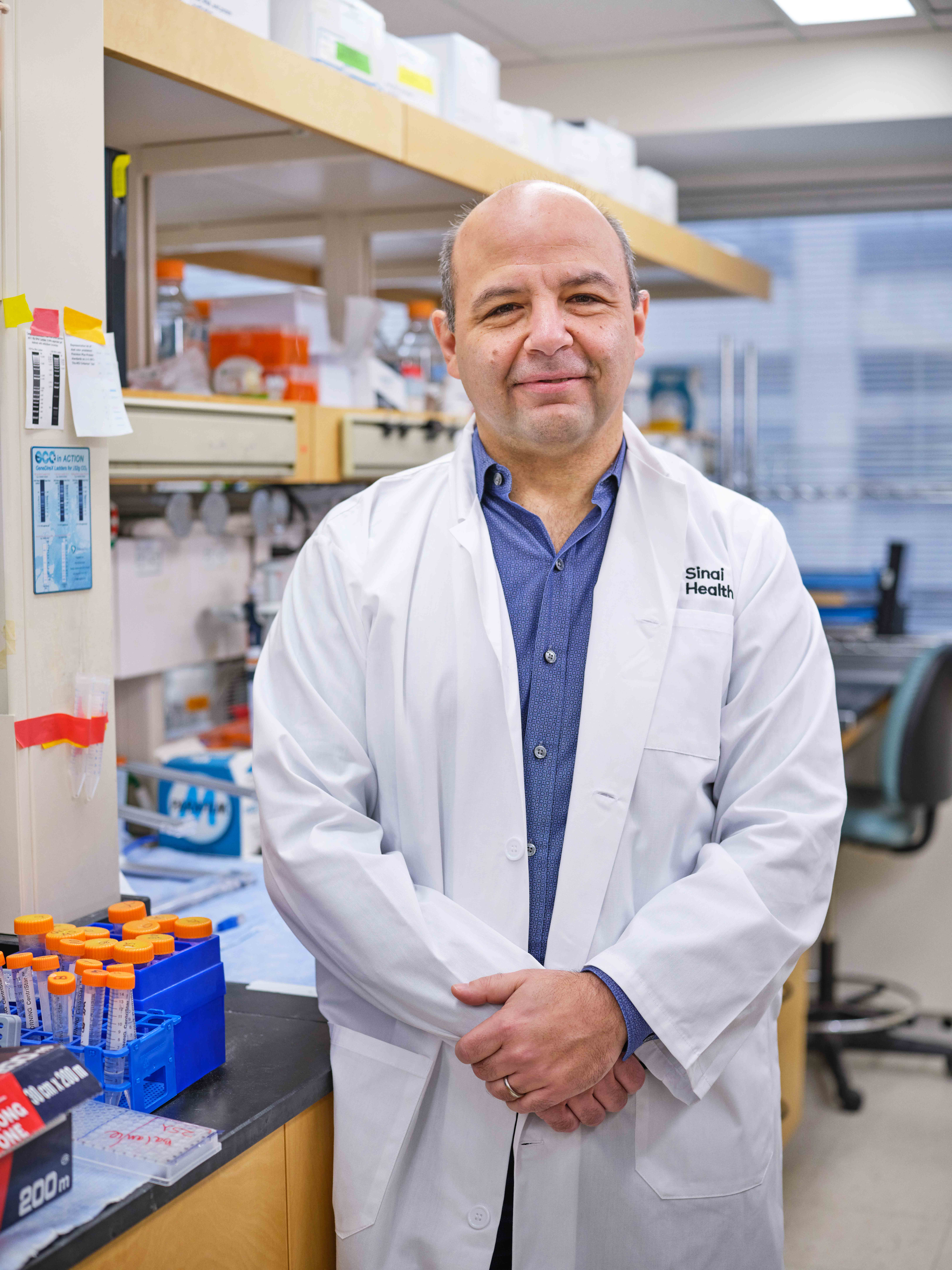 In 2016, Durocher founded Repare Therapeutics, alongside another LTRI scientist Dr. Frank Sicheri. It hinges on a process that uses functional genomics to discover genetic vulnerabilities to specific cancer mutations, primarily those involved in DNA repair.

Researchers only recently discovered that when it comes to certain cancer mutations, the inactivation of either of two genes individually has little effect on cell viability, but loss of function of both genes simultaneously leads to cell death. Repare’s CRISPR-based platform identifies synthetic lethal gene pairs to pinpoint multiple targets for new cancer drugs.

It’s been a winning strategy. After just four years, Repare raised more than US$250 million through an initial public offering in 2020 on the NASDAQ stock exchange and advanced two drugs into clinical studies to treat various cancers.

His peers in both academia and industry are now taking note. The LTRI scientist was recently named as a finalist for the 2021 Bloom Burton Award, an honour that recognizes individuals who made the greatest contribution to Canada’s innovative healthcare industry.

“I’m extremely touched and proud that our work in the field of cancer therapeutics is being recognized by the biggest and best in Canadian health care investment and entrepreneurship,” said Durocher. “Repare is an example of what can be accomplished when academia and industry work together to create something with the potential to transform how cancer is treated.”

Dr. Stephen Lye, interim Director of Research at the LTRI, said he remembers when Durocher was first recruited to the LTRI in 2001. He said Durocher quickly established himself as a world-leading molecular biologist in the field of DNA damage repair and genome instability, and a pioneer in the field of synthetic lethality.

Lye said the success of both Durocher and Repare is all the more impressive considering the path to gain early stage funding for scientific ventures is far less developed in Canada compared to the US.

“His research has not only led to remarkable discoveries, but it’s been incredible to see the translation of these discoveries into an early stage venture through Repare,” said Lye. “Forging lines between academic and early stage drug discovery is critically important as this is where innovative medicines are discovered.”

For more on Dan Durocher, how he felt after his first major breakthrough and what’s on his bucket list, click here.