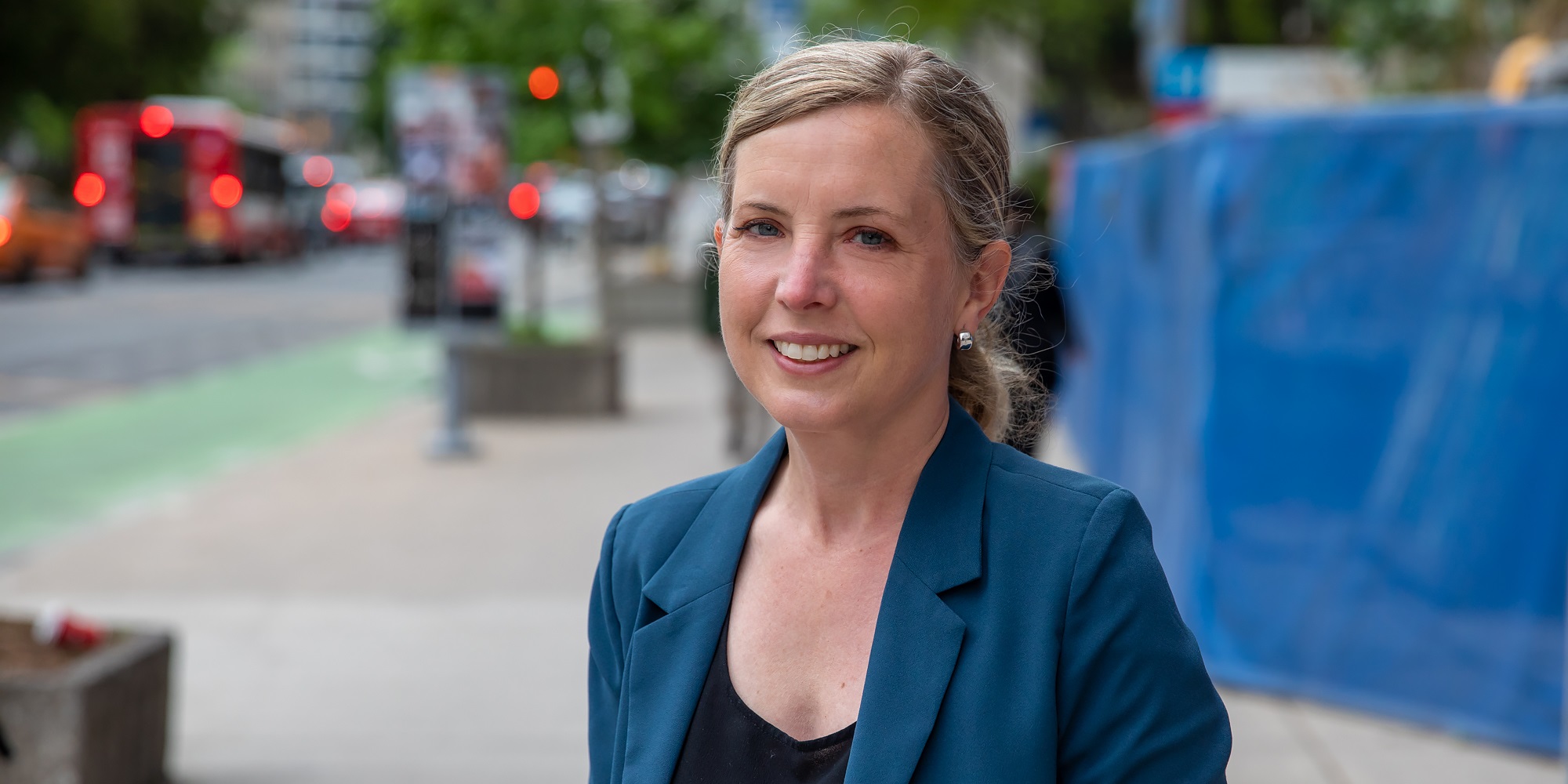 When Dr. Susan Thouin’s daughter wanted to join a children’s choir, the physician at Sinai Health’s Temmy Latner Centre for Palliative Care had no idea that a seed was being planted for a vision that would soon capture the imagination of hundreds of physicians in Ontario and even as far away as Australia.

It was 2019, and in addition to raising her young family, Dr. Thouin’s work as a palliative care physician left little time for her to pursue her own interests.

Not long after Susan’s daughter Maddie joined Voices Rock Kids, her husband Justin soon found himself joining the adult choir through the parent organization of Voices Rock Canada. Before long, the whole family was in on the act.

For a short while, Susan joined her husband in the adult ensemble but it quickly became apparent that due to work and family scheduling it would not be possible for both parents to attend choir practice at the same time.

That’s when Dr. Thouin had an idea. She approached Cheryl Bower, the founder of Voices Rock Canada, in the spring of 2019 with the idea of piloting an all female-physician choir.

Cheryl, along with the Choir’s Artistic Director, Anthony Bastianon both agreed to pilot the choir under one condition – Dr. Thouin would need to find at least 30 members to begin. She found 31.

The pilot choir received its greenlight under the moniker Medicine for the Soul.  The physicians would carve out time on Monday nights for practice. They came to sing, but before long they also found community.

Both Cheryl and Dr. Thouin recount one online choir practice in particular during the pandemic when things hit a low point. At the end of the rehearsal Anthony just played piano for twenty-five minutes while many of the physicians sat in silence just listening. Some would cry. Cheryl points out that the practices became a safe space for the doctors who were working 18-hour shifts during extremely challenging times.

After releasing some of their collaborations online during the pandemic, Canada’s Got Talent took notice and reached out to the choir with an invite to audition. Their performance of the indie-pop anthem “Fight Song”, which also featured Drs. Danielle Bischof and Jennifer Arvanitis of Sinai Health, was awarded four buzzers and a standing ovation.

While appearing on Canada’s Got Talent is one of several highlights for the choir so far, Dr. Thouin notes that a 60-member choir takes a lot of effort to coordinate everything from travel to t-shirts.  On a deeper level, Susan shares “Everyone has found her reason to be in this choir and it’s personally helped me too. We were there to sing but it is so much more than that.”

Dr. Thouin speaks from experience. In 2004 she was diagnosed with Multiple Sclerosis during medical school.  She was able to excel through her studies, become an active mother and practice medicine for years.  However, in 2021, she had to stop home visits due to mobility issues caused by MS.  Susan’s husband Justin says that when it comes to choir, “It’s something she looks forward to every week with a community of like-minded people.”

As for the success of the choir so far?  “Success usually follows Susan and she naturally draws people to her.” Justin says. “I’m not surprised by the success at all.” Ottawa physicians recently formed their own Voices Rock Medicine choir and the original Toronto has a waitlist list to join. A second all female-physicians choir is being formed in Toronto’s west end, with practices scheduled for Wednesday nights.

Nominated by her peers and based on her work in the choir, Dr. Thouin was named a recipient of the Inspiring Woman Physician Award 2022 at the Canadian Women in Medicine conference in early June.

Voices Rock Medicine has hit a high note and shows no signs of stopping.